How to Get a China IP Address with VPN 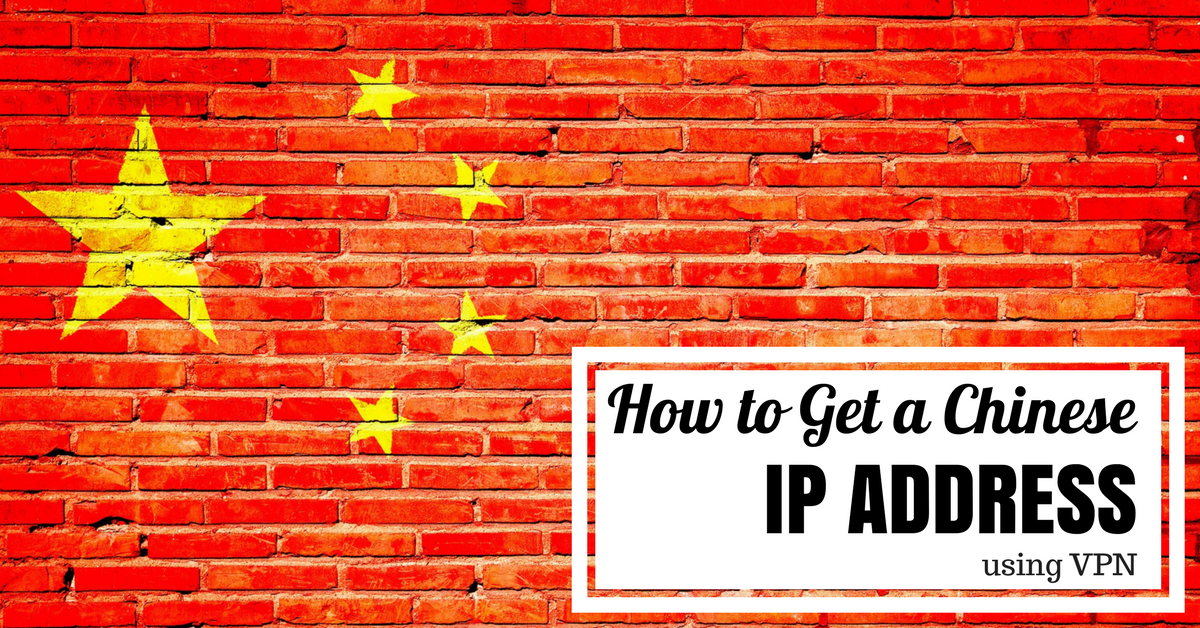 If you’ve stumbled upon our guide, you’ve probably trying to work out how to how to get a Chinese IP address, and access content only permitted in China.

Anyone looking to VPN ‘into’ China notices most Baidu or Google searches return results for VPN providers which are set up to do the opposite, VPN ‘out’ of China. So web users can bypass the China firewall filtering restriction.

Chinese government regulations don’t permit foreign-owned VPN providers to own servers in the mainland. This limitation makes VPN provider offerings limited, but there are a few VPN services who have managed to work around these constraints.

It’s worth noting there’s a lot of VPN servers based in Hong Kong and Macao, but these servers in the special administrative region don’t offer a 100% of the Chinese online content.

We recommend two VPN providers for quickly setting up a China IP address and downloading from CH based sites.

Our first choice provider is HideMyAss. This is for two reasons:

This increased network availability means you’ll never have to worry about finding new videos or music.

PureVPN is one of the cheapest providers on the market – usually available for approx $3USD each month. Personally, I’d rather pay a small price and enjoy the benefits of a paid VPN service.

There are two data center locations in China – Shenzhen, and Shanghai.

The Shenzhen network is very reliable, and I haven’t experienced many issues. But if your connectivity ever seems slower than usual, connect to their Shanghai server and enjoy Youku.

How to Fake a China IP Address

How to Setup HideMyAss Get a Chinese IP address on Your PC, Android or iPhone

Which Devices Are Compatible With PureVPN?

So how do you unblock Chinese online content, when based abroad? Servers determine your location by checking your IP address when connecting to their site. Any IP address based outside of mainland China is only permitted to watch the appropriative globally licensed content.

By using a VPN with servers based in China – Youku, KuGou, and QQ music servers allow streaming of all content, including Korean, US, UK or Japanese shows (with Mandarin subs).

What is the Chinese IP Address Range?

A simple method to check if you have a China IP address is connecting the VPN client to a PureVPN CH server, and then opening the following Website:

Your location will show Shenzen (Guangdong) or Shanghai.

For an accurate listing of China-based IP addresses, check this link from IPdeny.com.

Does My VPN Always Need To Be Connected?

Once disconnecting from your VPN, your IP address will revert to the physical location that you’re based.

Some Chinese services like QQ Music require a China-based IP address when opening the app. In layman’s terms, this means you can enjoy your music without sending all of your phone’s web traffic via the VPN.

One of the downsides of connecting via China 24/7 is sites by Google and Facebook will be blocked, due to the ‘Great Firewall of China’ filtering policies. But for most Chinese applications to function correctly, it’s advised to keep your VPN client always connected.

How to Watch Youku Outside China – Unblock 优酷首页